Brian is a marine benthic (bottom) ecologist who graduated from UMM in 1979, and then went on to get a M.S. degree in Marine Sciences from the University of North Carolina at Chapel Hill in 1983. He began work at UMM in May 1985 as an Environmental Education Project Assistant and the next year became UMM’s first Environmental Resources Coordinator. In 1993, he received a Ph.D. from the University of Maine at Orono in Marine BioResources.

For the past thirty years, Brian has taught courses half time and conducted applied research half time. His courses relate directly to the research he conducts on the ecology and culture of commercially-important shellfish: Oceanography, Marine Biology, Marine Ecology, Introduction to Statistics, Applied Statistics, and Experimental Design and Analysis for Biologists. He helped to develop the only fisherman-sponsored lobster hatchery for public stock enhancement programs in Maine in the coastal town of Cutler that operated from 1986 to 1992, and he was instrumental in helping to establish in 1987 the Beals Island Regional Shellfish Hatchery, a university-supported program to produce cultured soft-shell clam juveniles for stock enhancement in Maine’s coastal communities that manage their clam stocks. In 2000, the Regional Hatchery became known as the Downeast Institute for Applied Marine Research and Education (DEI), and in 2003 moved 3.5 miles from its home of 16 years at Perio Point on Moosabec Reach on Beals Island to Black Duck Cove on the Western Bay on Great Wass Island. DEI now serves as UMM’s Marine Science Field Station and supports activities of undergraduates in the three science programs at UMM affording them summer and intern opportunities where they can be involved in rearing shellfish or conducting research on a variety of coastal marine organisms. To see results of the applied research that Dr. Beal has conducted with students over the years, follow this link to the Downeast Institute’s Published Research page: 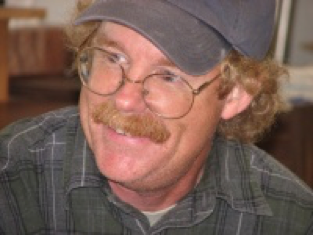